This script collects the set of results files generated by analysis.R as specified in the taskTable and generates figures and statistics. The peak parameters are plotted as a function of dilu. If dilu contains the experiment index, checkRep.R can be used to assess the repeatability of an analysis.

The job is defined by a few parameters.

Figures summarizing the set of data for all pairs of species and a summary of the mean values and their uncertainty are generated.

Presently, the plots are generated in the Rstudio interface, but not saved to disk.

Checkrep plot for a repeatability analysis

Mean values and uncertainties for a repeatability analysis 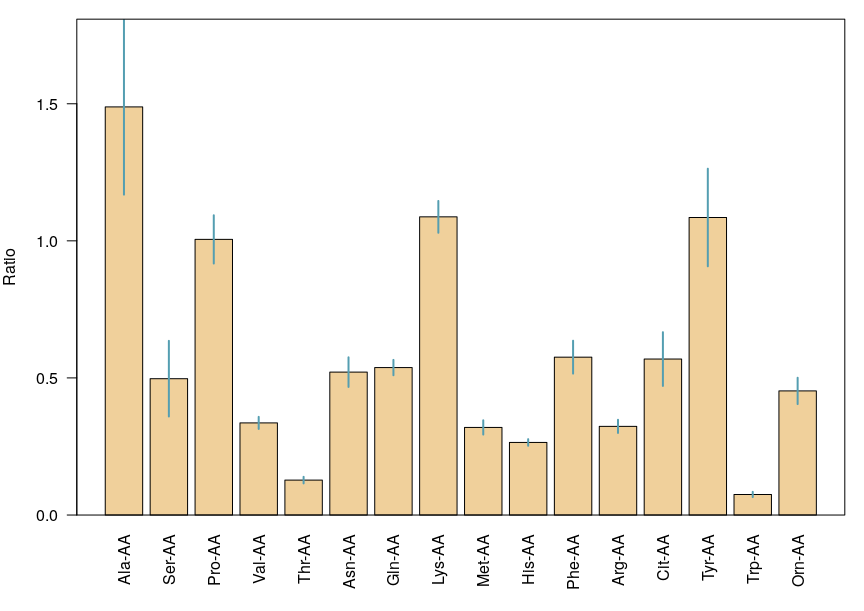 The name of the file is a concatenation of the date, time, userTag, and ‘_compilation.csv’. It contains all the collected results, with the following additions: