For each DMS-MS/MS experiment as given in a series in the taskTable file, the series of metabolites given in tgTable is analyzed. The aim of the analysis is to integrate the peak (i.e., to estimate the area) corresponding to each metabolite.

In the present version, a Gaussian peak shape is used. The formula of a Gaussian function is

is the position of the peak, and

is related to the full width at maximum (

. Upon the fit process of the data, the area (

) is optimized, as well as the peak’s position and width (

From the two dimensional data (m/z, CV), the area can be extracted using a 2D fit where the fit function is the product of two Gaussian functions, one in the m/z, the other in the CV dimension.

It turns out that we need three types of fit:

We use a non-linear (weighted) least-squares algorithm to estimate the parameters of the model: the nls function of the stats package [1].

The parameters are constrained to intervals defined by control variables defined below. For the 2D fits, we implemented a ‘fallback’ strategy to 1D fit in the CV space, in cases where the 2D optimization does not converge. The effective dimension of the fit is reported in the results tables.

The choice of fit type is set using the fit_dim variable. The important user configuration parameters are listed within the first line of the analysis.R script as follows:

A set of technical parameters, affecting various aspects of the peaks fit are also available. However, their default values should not be changed without caution.

The output files can be found in the following repositories:

For each task and target, a figure is generated (on screen and as a file if save_figures=TRUE), showing the 2D location of the peak and its profile, either in the CV dimension (fit-dim =1,2), or in the m/z dimension (fit_dim=0). The name of the file is built from the task prefix and the target name.

Example of a 2D fit 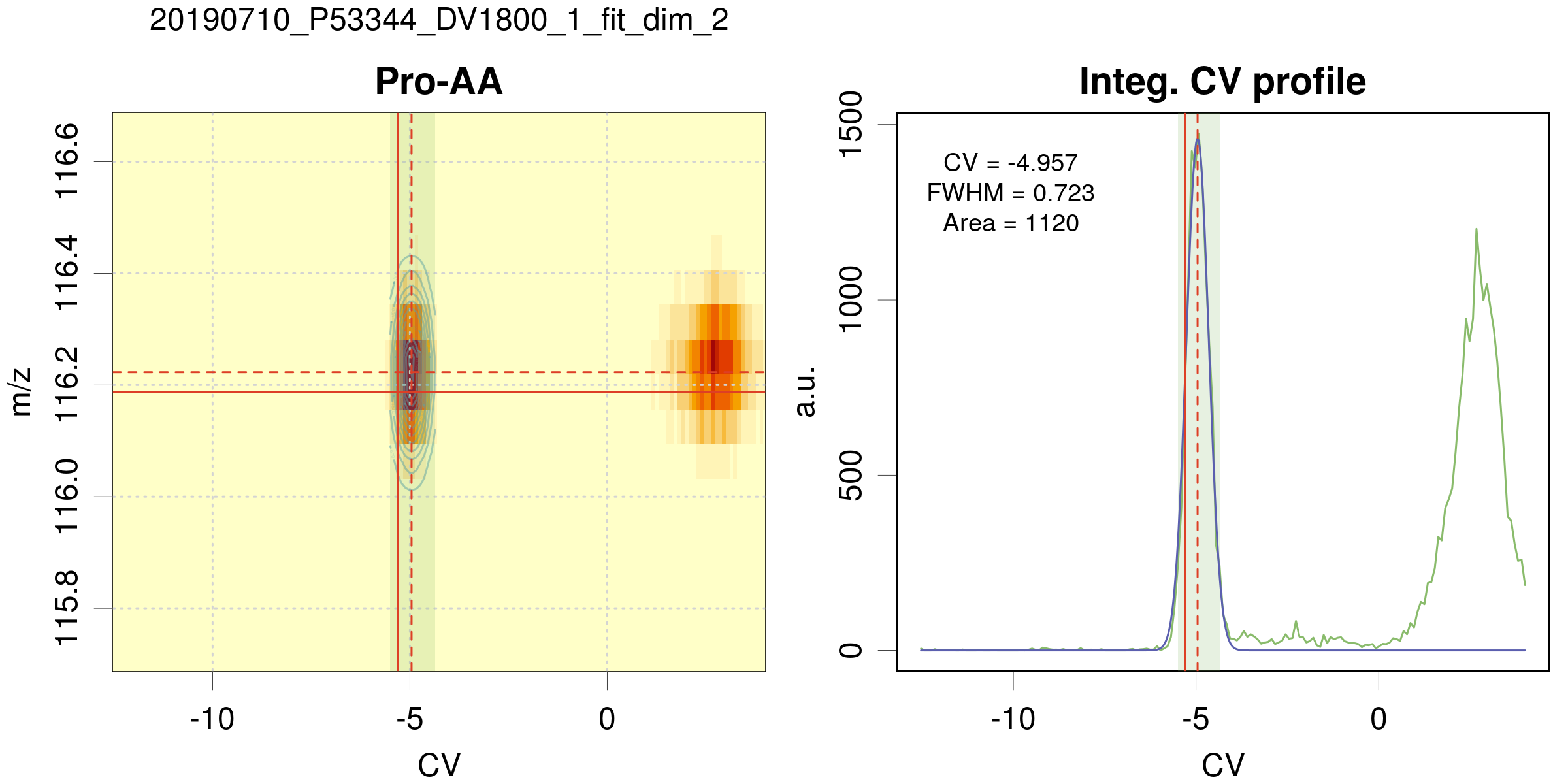 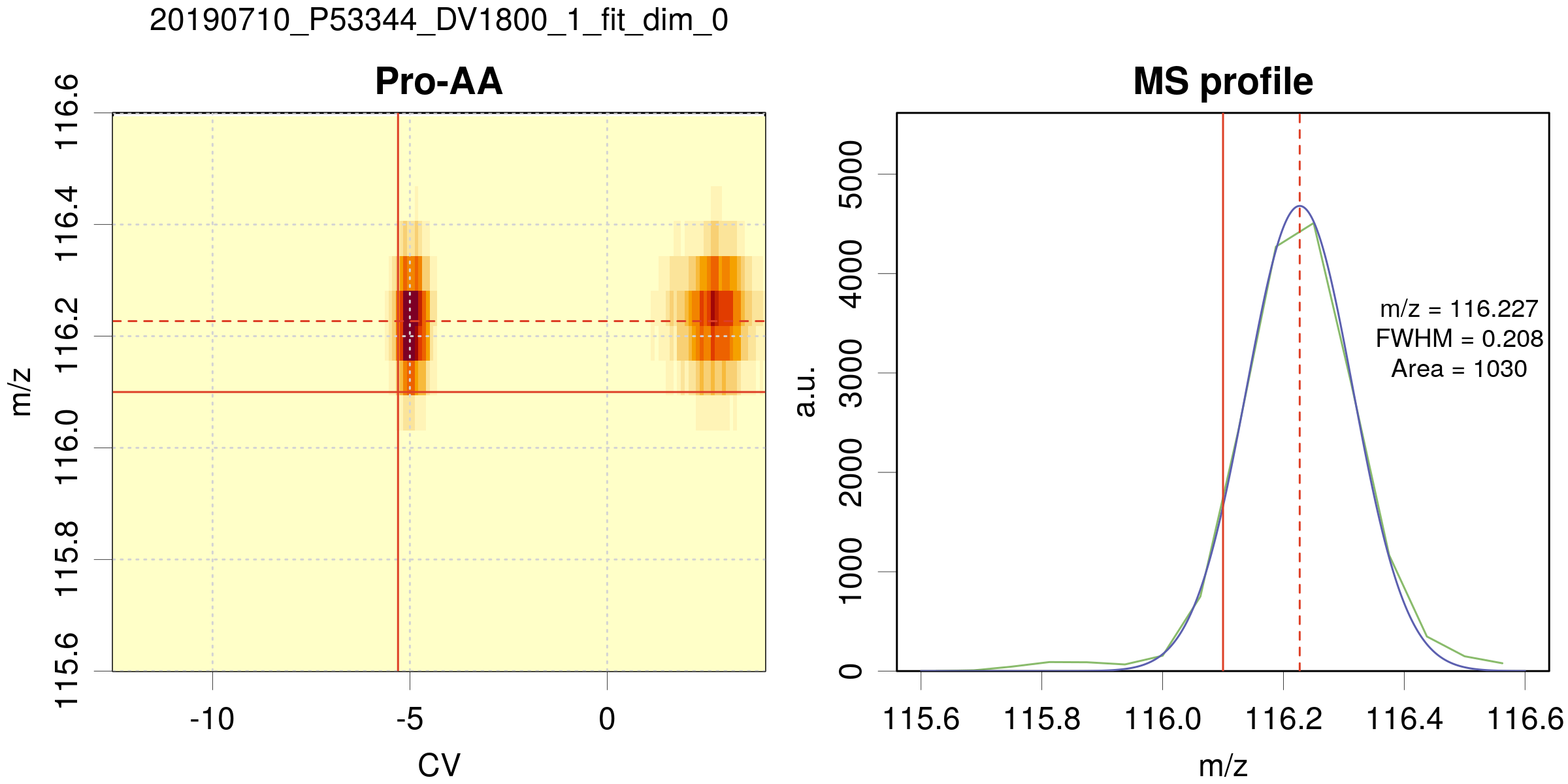 For each task, a file names prefix_ctrlParams.yaml is also generated for reproducibility purpose. It contains the values of all the control variables for this task.